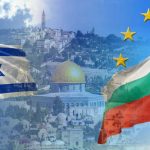 Sofia is the capital city with the lowest office costs in Europe, according to Cushman & Wakefield, an annual ranking of Office Space Across The World.

The study covers 215 markets in 58 countries. It is based on information gathered from Cushman & Wakefield’s offices and partners around the world, some of which is Forton for Bulgaria.

According to the study, job costs in Sofia amount to $ 2 175 a year, calculated on the basis of rents and associated fees payable by the tenant for first-class office space. The formation of the index also takes into account the density of jobs per unit area.

Sofia – the perfect option for a new business office

„Bulgaria’s presence at the bottom of the ranking should not be seen as a negative, but as an opportunity to attract new business-tenants to the market. Our experience has shown that workplace costs are one of the key indicators that international companies consider when deciding to enter a location.

In this regard, Sofia is in constant competition with other capitals and major cities in Eastern Europe, and lower rents and fees can be our competitive advantage, ”commented Stanimira Pashova, Office Area Manager at Cushman & Wakefield Forton.

Globally, Hong Kong is moving the West End to London and becomes the world’s most expensive office location at $ 27,432 in annual costs. The basis is the limited availability of vacant space and the strong demand from large Chinese corporations. For a year, these factors led to an increase in Hong Kong office space expenditures of 5.5%.

On the other hand, the study’s authors note that rising costs is causing more and more international corporations to target operations with lower office space prices. By comparison, the cost per 100 jobs in Hong Kong can be 300 in Toronto, 500 in Madrid and 900 in Mumbai.

Contrary to the trend in Asia, office space costs in London have decreased by 19% compared to 2016, mainly as a result of the depreciation of the pound. West End tenants pay an average of $ 22,665 per year. In Paris, workplace costs are also lower than a year ago, nearly half those in the British capital.

Top 10 office locations in the world

Overall, the average cost of employment for the countries surveyed increased by 1.5% over the past 12 months, with currency movements in individual markets being the main reason. Cities in the Americas (4.2%) and Asia Pacific (3.4%) registered the highest growth, while in Europe, Africa and the Middle East the costs decreased by 1.3%.

In 2017, the density of jobs per unit area also increased slightly. This is a consequence of the desire of employers to increase efficiency and offset rising office costs, especially in leading world centers such as New York, London, Tokyo and Hong Kong.

Data analysis also shows another trend related to the wave of tech companies in recent years. Compared to banks and the financial sector, these companies are much less involved with traditional office centers because with a laptop and a good internet connection, employees can work from anywhere.

“While metropolitan areas such as London and Hong Kong remain the leading office markets, the digital age and technology development are giving the new role to secondary cities compared to the industrial era,” said report author Sophie Moffat. According to her, this is also evident from the upward movement in cities such as Stockholm, Austin and Seoul.

Austin, Texas, for example, climbs to 21st in the rankings, becoming a tech hub with 40% lower costs than Silicon Valley.

In the long run, the global outlook is to strike a balance between established office locations and emerging markets that are also more competitive in cost. By 2025, more than 45% of Fortune Global 500 companies will be positioned in emerging markets, with only 5% of them in 1990, studies show.

Sofia is an attractive center for doing business not only because of the acceptable costs of office space for companies. It is the European capital with the lowest taxes. A genuine field of skilled workers that can be hired at a far lower cost than other EU Member States.

And to make sure your investments and business are successful, hire a local law firm to drive your corporate administration, banking and tax management. Euroformat.eu is part of the VD&A group. The company specializes in corporate administration of foreign companies with business in Bulgaria. If you want to start a business in Bulgaria, open a bank account or need tax and accounting services, you can trust the experts at Euroformat.eu.